WHAT IS GENE EDITING? 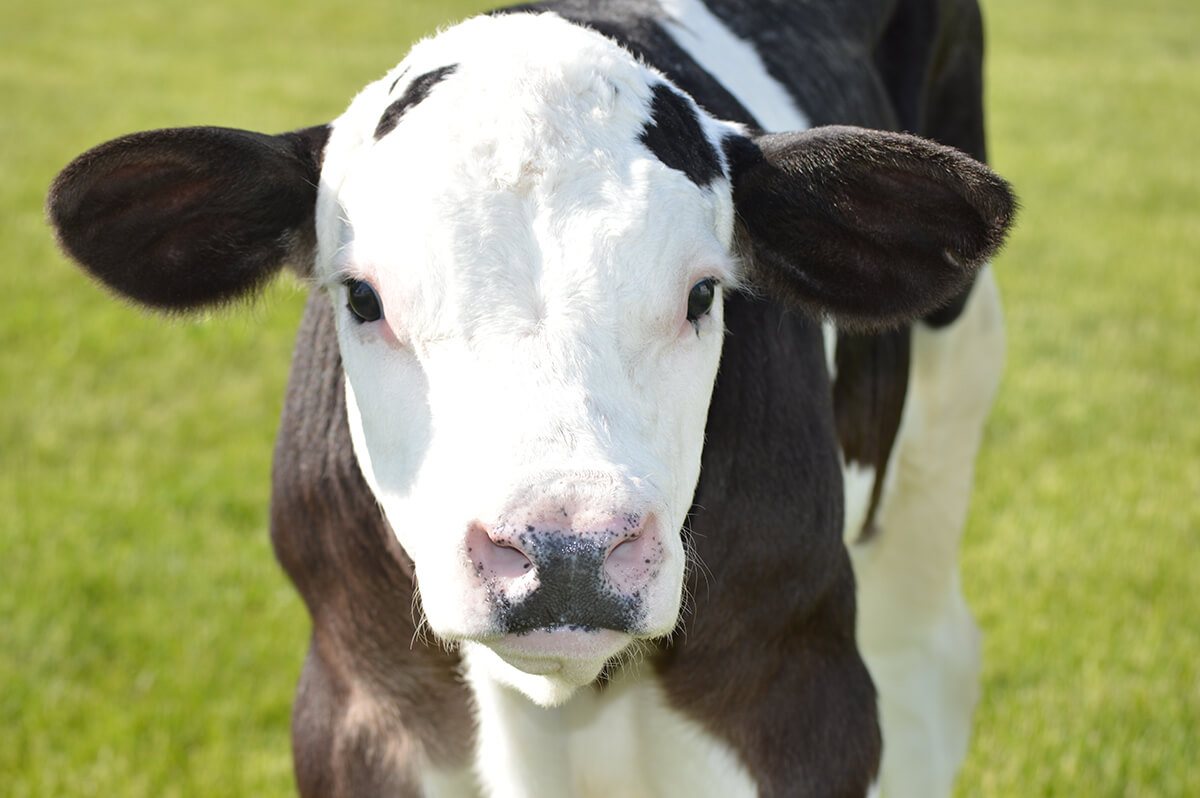 I am often asked if livestock cloning is used for other purposes than the production of rockstar cattle, pigs, sheep, or goats who excel in the show ring or are high genomic animals.  The answer is yes, it is. Cloning is often used in tandem with Gene Editing to produce animals that exhibit traits of importance for animal health, well-being, and/or better production. Examples of such traits include polled or hornless animals, disease-resistant animals, tropically adapted animals, and animals with increased muscle.  Additionally, genetically edited animals have been produced for biopharmaceutical purposes or they can serve as medical models for the study of human diseases. With a brief introduction, we will introduce this concept to you in our blog.

What is Gene Editing?

Genome editing can be used to precisely introduce useful natural occurring alleles for a particular gene (e.g., polled, heat tolerance, disease resistance).  An example would be the gene for slick hair, where shorter versions of the gene prolactin receptor make animals more tropically adapted.  By introducing the allele to a less tropically adapted breed like Angus, one creates a more heat tolerant animal with the meat quality and production advantages of Angus.  Gene editing is a method of selective breeding, a practice as old as our need to grow our own food.   Scientists use gene editing technology to make precise changes that allow the incorporation of a favorable genotype and phenotype in one generation, instead of using the traditional method called introgression.  Traditional introgressions methods require initial crossbreeding, which creates a hybrid animal that carries the favorable allele, and then requires further backcrossing to the breed of origin for a minimum of 7 generations before the breeder can get back to the “purebred” status of the breed of origin. Since cattle have a longer generation interval, this traditional method of selective breeding will take 15-20 years to achieve what is attainable in one generation with gene editing.

Scientists perform this procedure by cutting the DNA at a particular gene location, removing it, and then allowing the animal’s cellular machinery to copy in the DNA sequence for the desired allele.  The tools used for gene editing are molecular scissors called nucleases. The family of site-specific designer nucleases (scissors) that are used for gene editing include:

The gene edited cells are then used to be resource material for the cloning process…ultimately producing a live animal containing an altered genome with the desirable gene edit. Additionally, scientists may couple this with cloning to produce multiple genetic copies or twins of the desired plant or animal.  That is where Trans Ova Genetics leverages the power of cloning, from their toolbox of reproductive tools.

How could this technology be useful in agriculture?

“Genome editing research in cattle to date has focused on disease resistance (e.g., tuberculosis), production (e.g., myostatin knockout; production of all-male offspring), elimination of allergens (e.g., beta-lactoglobulin knockout), and welfare (e.g., polled or hornless) traits. Modeling has revealed how the use of genome editing to introduce beneficial alleles into cattle breeds could maintain or even accelerate the rate of genetic gain accomplished by conventional breeding programs. Genome editing could be used to precisely introduce useful alleles (e.g., heat tolerance, disease resistance) and haplotypes into native locally adapted cattle breeds, thereby helping to improve their productivity. As with earlier genetic engineering approaches, whether breeders will be able to employ genome editing in cattle genetic improvement programs will very much depend upon global decisions around the regulatory framework and governance of genome editing for food animals.” (Alison Van Eenennaam – Application of Genome Editing in Farm Animals – Transgenic Res. 2019 Aug;28).

Trans Ova Genetics provides the crucial tool of cloning technology to our valued service partners to help forward this game-changing technology.  Stay tuned for more information about the fascinating science of Gene Editing as it becomes more useful in the world around you.

The photo is courtesy of Acceligen.