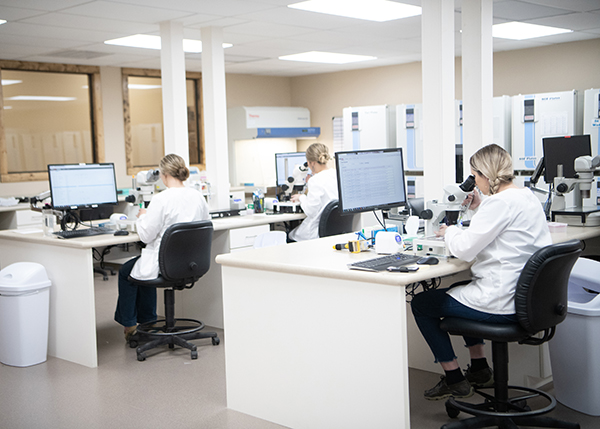 How To Take A Tissue Sample 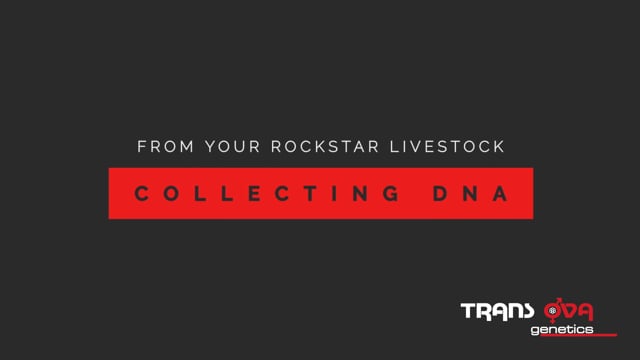 At Trans Ova Genetics, we have been devoted to livestock reproductive technology for 40 years. This includes the entire toolbox of assisted reproductive technology including embryo transfer, in vitro fertilization, sexed semen, genetic preservation, and cloning. Our team of devoted scientists, caring veterinarians and expert professionals are the leaders in livestock cloning with literally thousands of cloned cattle, pigs, sheep, and goats produced since our first cloned calf was born in 1998.

The production of your cloned calf, piglet, lamb and kid is diligently nurtured by a dedicated team of trained professionals who have years of experience in a successful program. With 40 years of experience delivering healthy animals to our clients, they are unparalleled in the world of cloning technology.

Trans Ova Genetics is proud to be a worldwide leader in animal genetic preservation and cloning. We’ve successfully cloned thousands of farm animals and preserved the genes of thousands more. We bring over four decades of expertise in assisted reproductive technologies to meet the needs of our clients. Our team of veterinary scientists works in close collaboration with breeders and farmers to understand and deliver answers for their needs.

Whether your business is managing beef or dairy cattle, pigs, goats or sheep, we can help you greatly expand the reproductive potential of your top animals, keep up with demand for their semen, embryos and offspring, preserve their genes as insurance against unexpected injury or loss, quickly improve performance, quality, consistency and predictability within your herd, and expand your marketing opportunities.

A Genetic Preservation preserves the cells and DNA from your elite animal. Starting with a small tissue sample, we produce millions of cells, that are genetically identical to your special animal, after a culture period of several weeks. At that point the cells are frozen for long term storage. A small portion of those cells will be used should you decide to clone in the future. The fee for a Genetic Preservation is $1600.

An Express Tissue Bank allows for the preservation of DNA from an elite animal on an economical basis. Several small tissue samples are frozen intact to produce an ETB. If you are not sure you will ever clone the animal but want to preserve the DNA while you can, this may be the option for you. If you do decide to clone later, the ETB will be cultured into a GP to get the individual cells that we need to clone, and the GP fee will be incurred at that time.The fee for an ETB is $500.

All our livestock programs are offered as live animal programs. Trans Ova Genetics will produce cloned embryos in their lab to implant into TOG recipients, which will be gestated and birthed at TOG. The babies are raised to weaning at Trans Ova Genetics and delivered to clients after weaning. This includes a live calf, live piglet, live lamb and live goat program.Some options like the pig and small ruminant programs have an on-farm option where the client can use their own recipients as well. The cloning programs vary by species. Please contact a Trans Ova representative for details on your species.

Get in touch with us for more info!

Can you create a clone from frozen semen?

We cannot clone from frozen sperm.  Sperm is haploid, it contains one set of chromosomes.  When it unites with the oocyte or egg, which is also haploid, it forms a diploid (2 sets of chromosomes) organism.  A diploid cell is needed in order to clone.

If I am ready to move forward with a Genetic Preservation, Express Tissue Bank, or cloned animal request – how do I proceed?

You can place an order for a Genetic Preservation, Express Tissue Bank, or a cloning agreement by simply calling 1-800-999-3586 Ext 3104 for Diane Broek. An order can also be placed through your Trans Ova Genetics customer service representative.

Does food from cloned animals and their offspring have to be labeled?

Is there special care that Trans Ova Genetics provides to my cloned animals?

As with all advanced reproductive technologies, cloning is part of a carefully planned and implemented genetic advancement program, uniquely defined to achieve individual client goals. For clients that have animals at the elite genetics level and marketing caliber for cloning, Trans Ova Genetics has dedicated their trained, professional team specialists to ensure the best possible care through the entire process.

How long has Trans Ova Genetics been cloning livestock?

Does the animal I produce using cloning technology have the same DNA as the genetic donor?

How does the cloning process work?

The word “cloning” is simply a term to describe Somatic Cell Nuclear Transfer (SCNT). Once cells are produced from the tissue sample provided by a genetic donor, they are combined with an enucleated oocyte (unfertile egg with the nucleus removed) and fused together using a process called electrofusion. The resulting embryos are cultured and transferred into recipient mothers within one week, with variation per species. “Dolly the Sheep” was the first mammal to be produced using SCNT cloning technology more than 20 years ago.

What is a cloned animal?

A cloned animal is a genetic twin to an existing animal, just born at a later place in time.

How can I preserve the genetics on my most elite animal indefinitely?

An elite animal, the genetic donor, provides a tissue sample that will be cultured into a cell line or Genetic Preservation (GP). These cells will be cryopreserved or frozen until they are used in the cloning process at a later date. The tissue sample may come from the ear or tail of the genetic donor animal. An economical alternative, an Express Tissue Bank (ETB), is provided for those producers who wish to preserve a large amount of samples or simply are not certain they will move forward with the cloning process. In this program, the tissue sample is frozen intact. Ultimately, an ETB must be cultured into a GP, or cell line, if the client desires to clone at a later date.

Why do livestock breeders such as myself, use cloning technology?

Through the cloning process, progressive producers can duplicate the animals that contribute the most value in their herds and forward their goals to produce more efficient, healthier animals, and better quality food products. The influence of these animals, through breeding, can help create a more consistent supply of tender, flavorful beef, for example. Another example of a cloning application is in the case of an animal lost early in its breeding career due to death or injury; perhaps even before the value of its genetics were fully discovered. Cloning technology can also help extend an elite animal’s genetic influence to contribute to the improvement of food animal production, by increasing embryo or semen production through cloned animals. And cloning provides a unique opportunity for clients with superior castrated males (steers, geldings, barrows, and wethers) to produce an intact cloned male, for breeding purposes.

Not all animals have the same income potential. Whether your business is dairy cattle, beef cattle, bucking bulls, longhorns or exotic cattle, we help you identify, preserve and reproduce the genetics of your top-producing cattle. We can help you create multiple genetic ‘twins’ to your top-producing dam, thereby greatly increasing the number of embryos and offspring.

You also have the opportunity to simultaneously mate her genetic ‘twins’ to multiple sires, which can help you quickly identify the ‘magical mating’ that produces the next generation of exceptional genetics. Additional copies of a top-producing sire ensure that you’ll have enough semen supplies to meet demand and will expand your opportunities to offer natural service sires.

Some goats and sheep far outperform their peers. Trans Ova’s cloning services enable you to multiply the impact of these exceptional animals with superior performance and phenotype. By producing genetic ‘twins’, we can help you speed the production of the next generation of superior genetics, improving performance throughout the herd.

Whether you breed pigs for show or for food production, the ability to multiply the impact of exceptional animals on the breeding herd through conventional reproduction is limited. Trans Ova helps you more effectively leverage your most valuable pigs by creating genetic twins to enhance breeding efforts and improve performance throughout the herd. 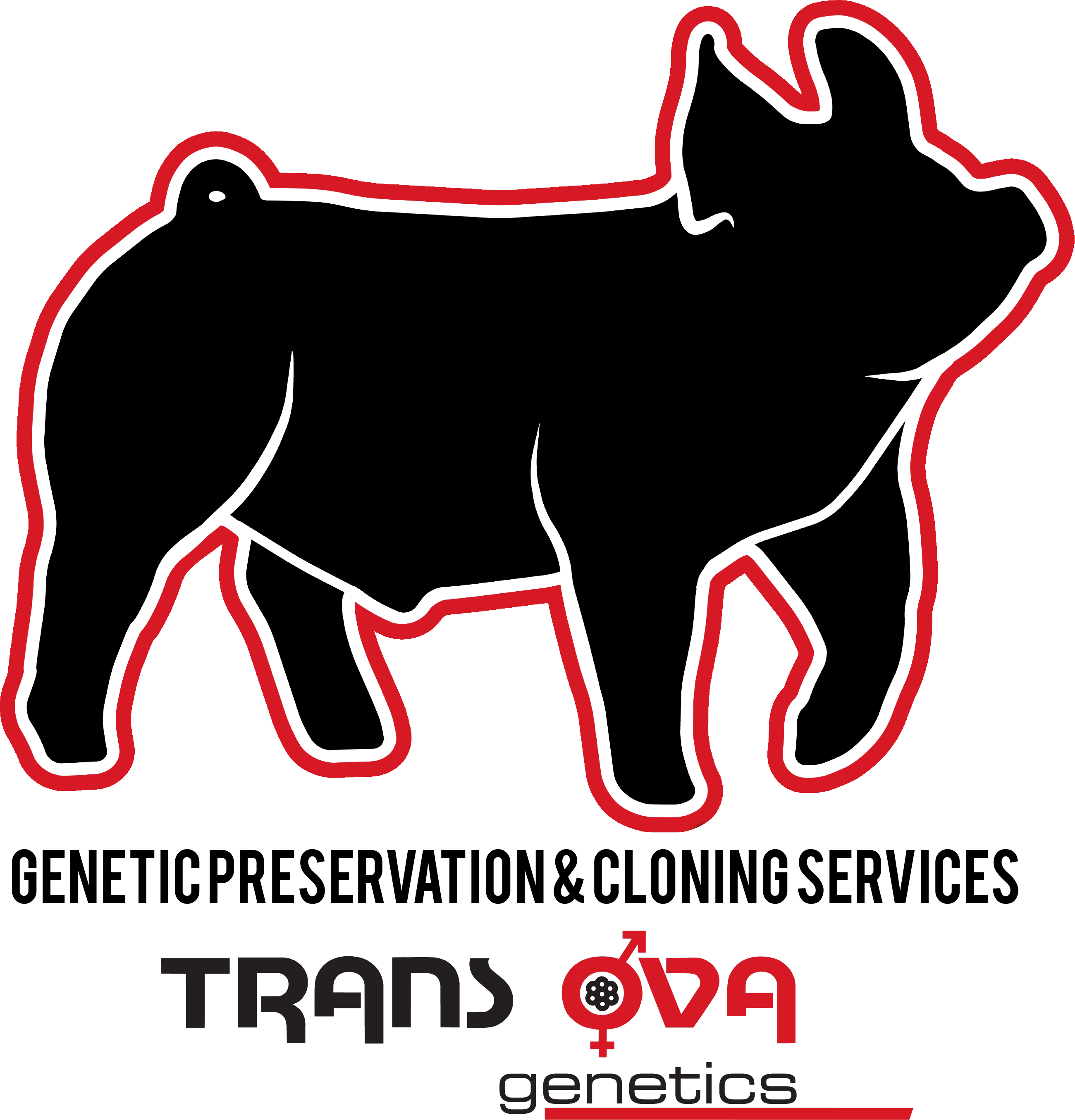 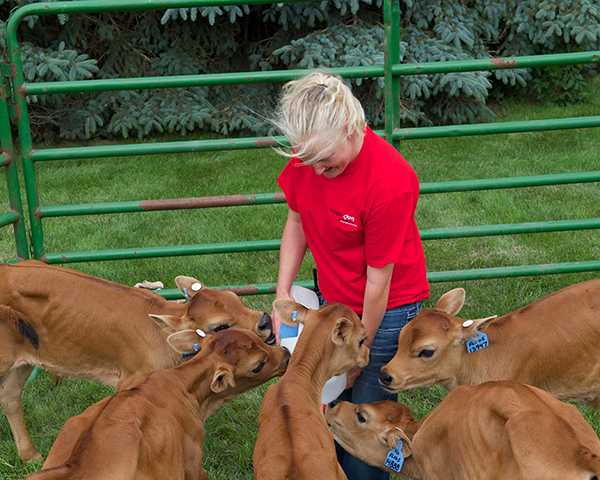 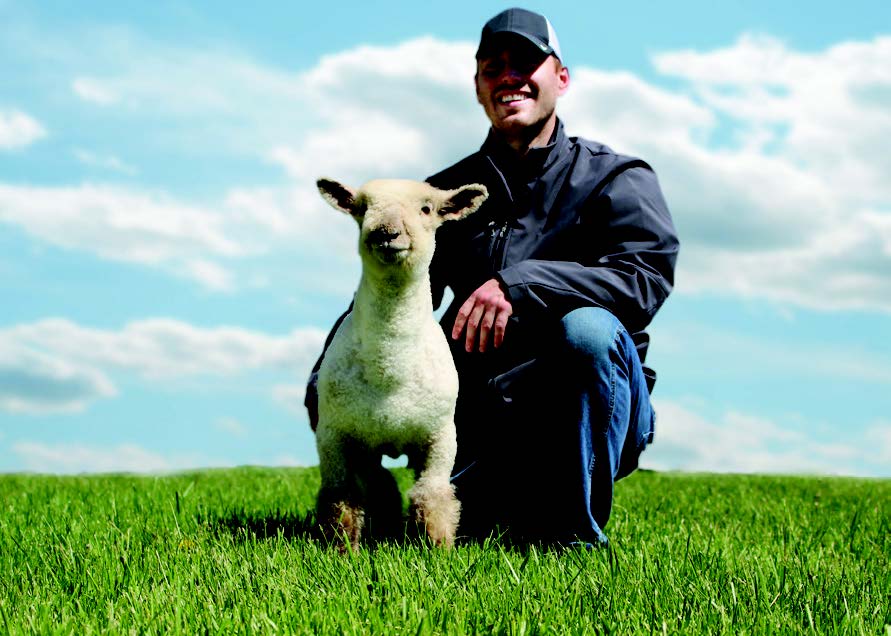 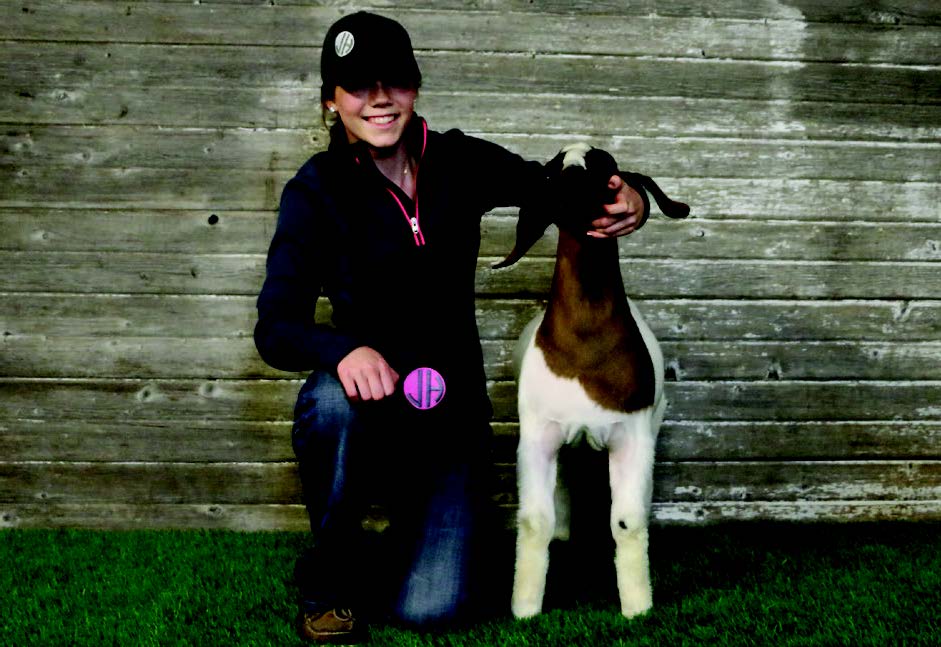 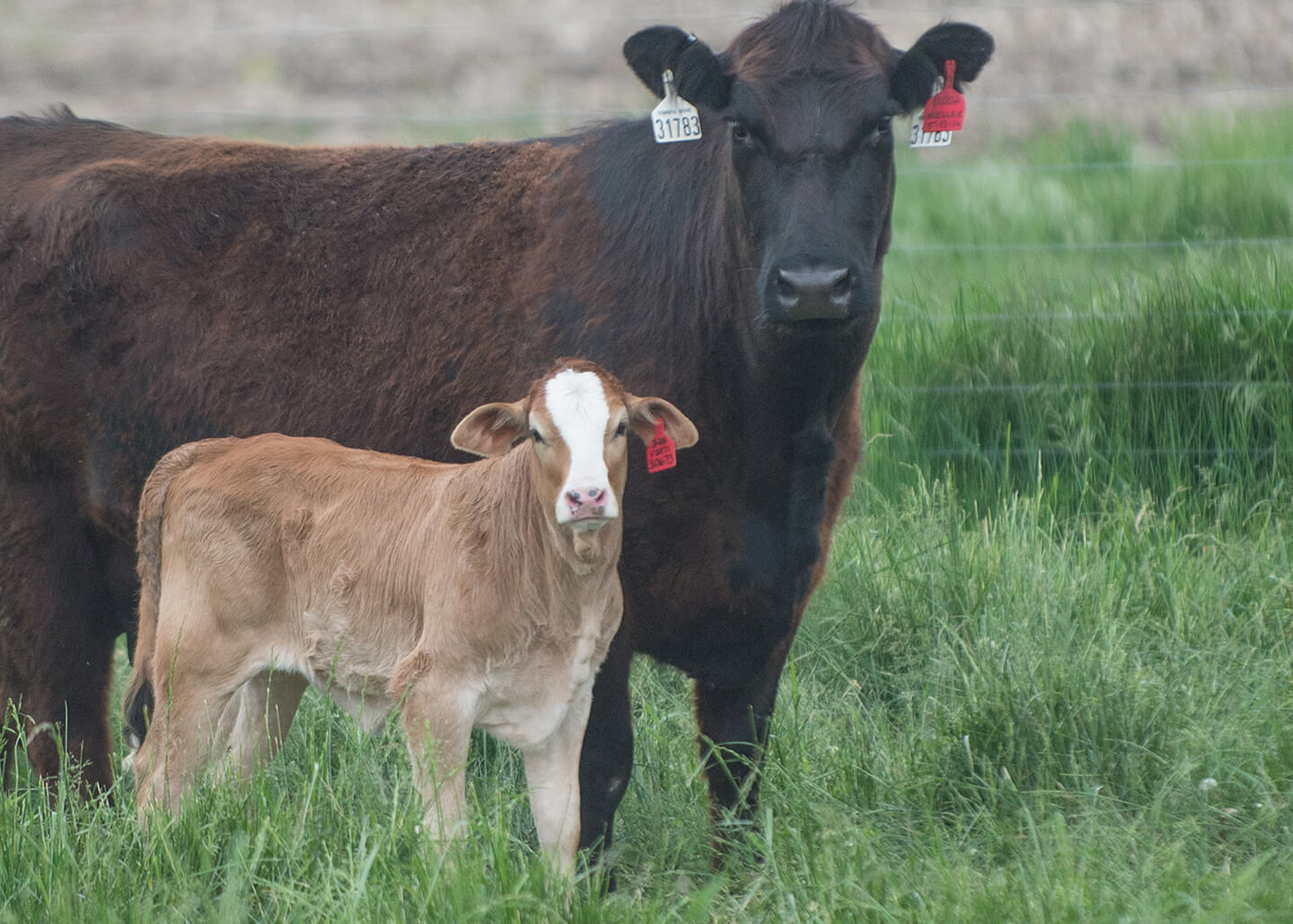 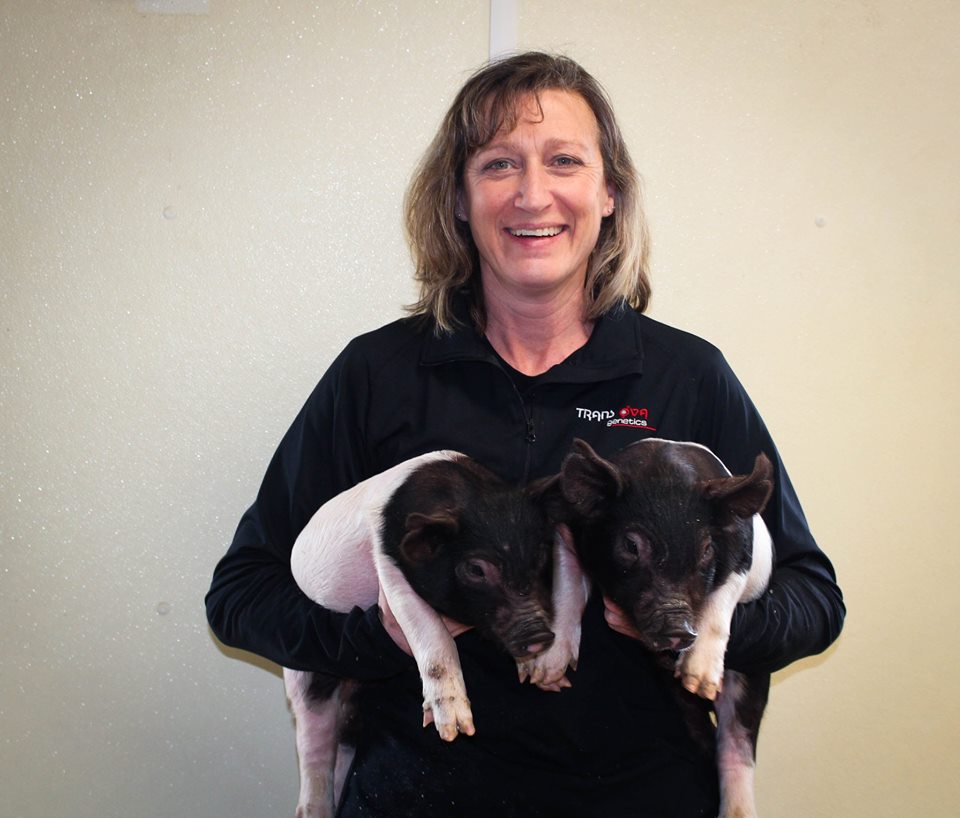 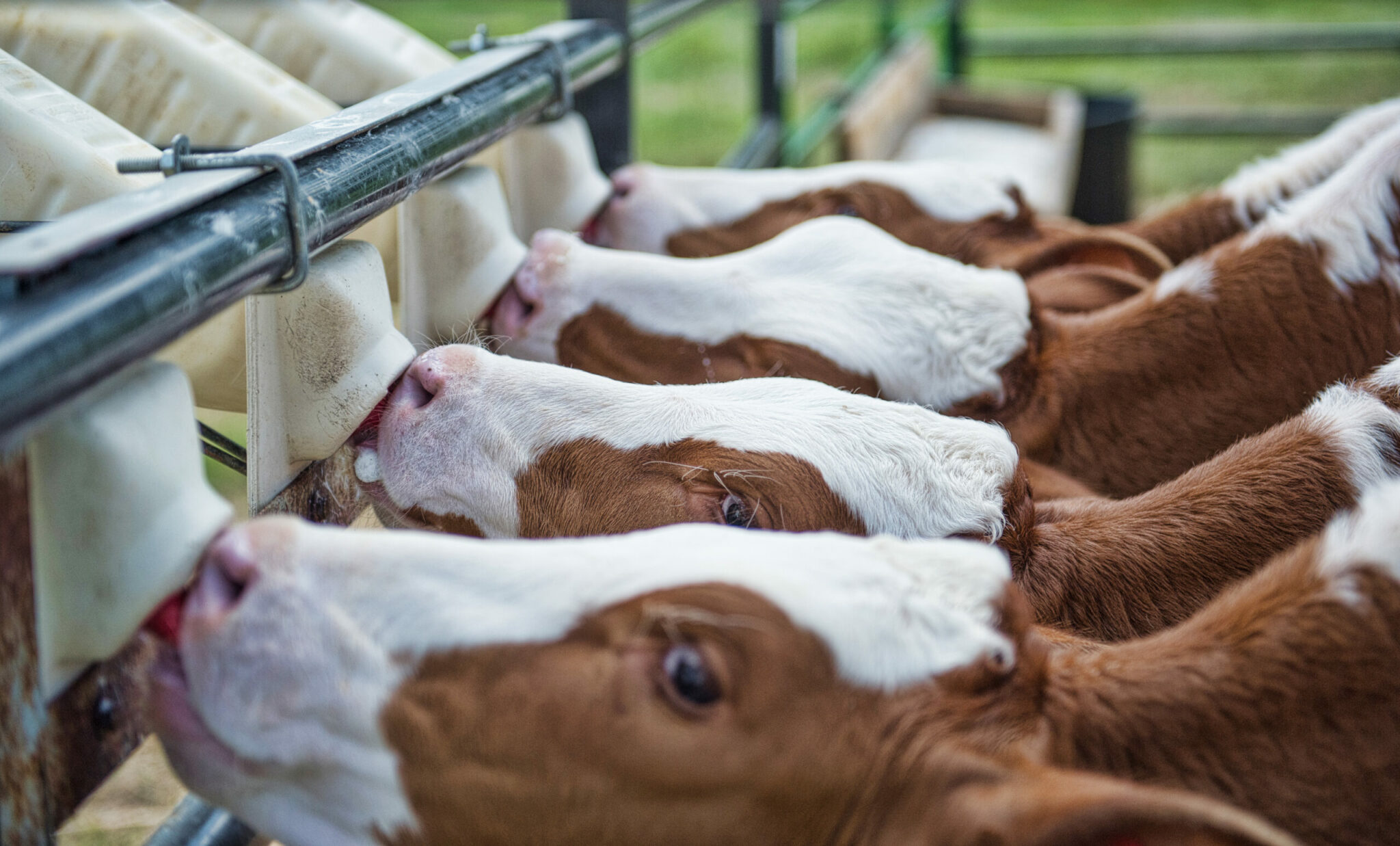